Born in Milan in 1956, she lives in Bergamo. She deals with social photography and fine art. Since 2005 she leads expressive and therapeutic photography workshops for people with mental illnesses. She has exhibited in numerous solo and group exhibitions in Italy and abroad. Among these: Unsure Felings who won two first prizes and the publication of a monographic book, exhibited in Italy, in New York, Seattle, Belgium, Slovakia; The other city, exhibited in the show “Captivi” by Gigliola Foschi, San Fedele gallery, Milan; Freely in Patagonia, the journey of five mentally ill, shown by Roberto Mutti, Bergamo; Close-Ups, exhibited at the European Women Photographer Award in Prato, Rome, Trento and Marghera; I give up: the last trip, which won the 2nd prize at the Rovereto International, exhibited in 2016, Quarenghi50 gallery, Bergamo; Eden, exhibited in 2018, Cascina Martesana’s gallery, Milan. Her photographs are in collection at the Bibliothéque Nationale de France, Paris.

On February 24, 2020, the Integrated Day Center that my 87-year-old mother attended was closed due to the Covid19 emergency.  My mother has vascular dementia, what is more commonly called senile dementia, that slow, progressive decline in mental function. Memory loss, spatio-temporal disorientation, delirium, behavioral disturbances, loss of inhibitions, speech difficulties (aphasia), mood disorders, apathy, confusion, reduced cognitive abilities, difficulty walking and balancing, progressive and inexorable loss of independence. In short, she cannot be alone. Now what? How could we take care of her? I live in Bergamo, my sister lives in Orzinuovi, the province of Brescia most affected by Covid19, my mother lives in Castelleone, 15 km from Codogno. We were in endemic territories, where it would have been better to stay at home. For me, first of all, there was the journey: an hour there and an hour back, on the roads of the lower Po Valley. Roads that were gradually becoming more and more deserted, sometimes disturbingly so. In these two months of isolation, my mother has lost more and more autonomy. In practice she does nothing, absolutely nothing and I have become a caregiver. I try to keep her active as much as possible, but as soon as I leave her alone, she goes back into the void, the expressionless void. I asked myself: where do the elderly go with their minds, if they don’t remember the past and the memory of the present doesn’t last more than five minutes? Perhaps they simply don’t think, they live the present as it is. She still feels pleasure when she eats, especially dessert, which in the elderly is the taste that lasts the longest, and also when she sleeps. At 7pm she wants to go to bed and almost always stays there until 8am. I greet her before switching off the light with “I love you, Mum” and she replies, lifting her chest, “I love you too”, and it seems that the answer comes from deep within her, then she adds: “I live only for you”.  And it’s true. 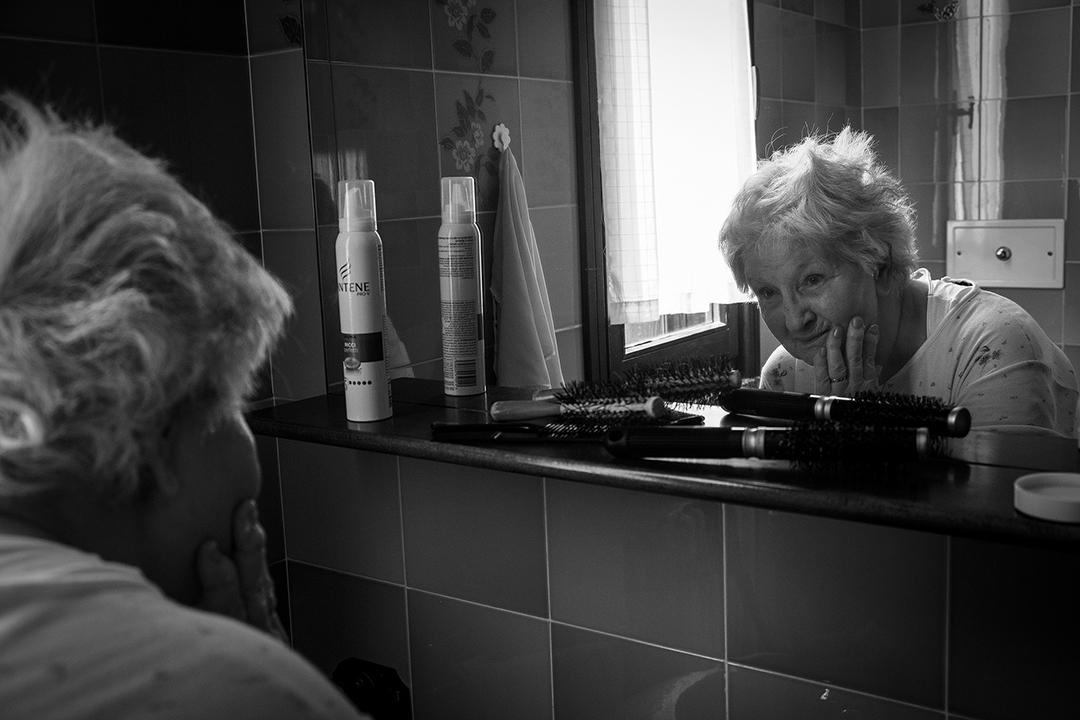 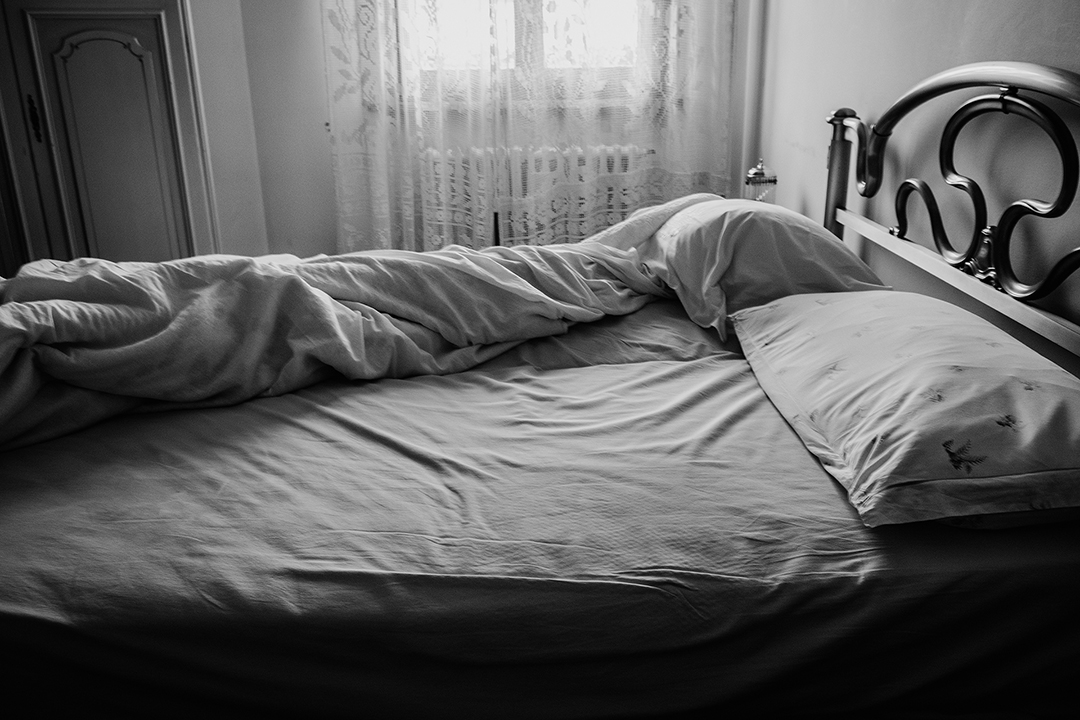 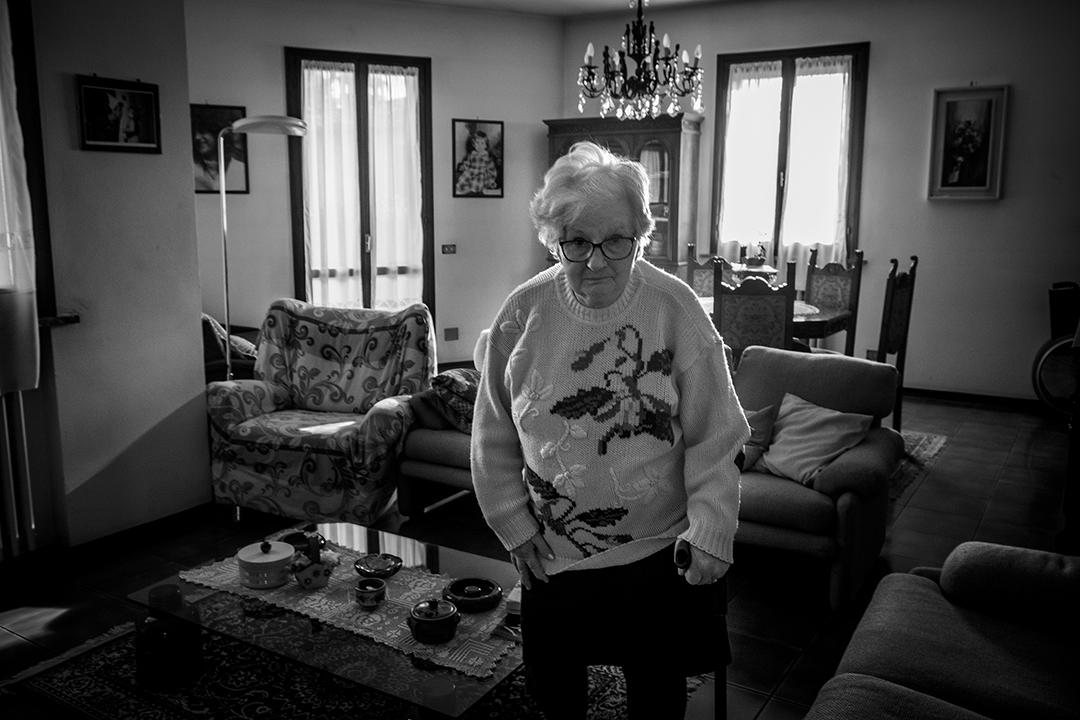 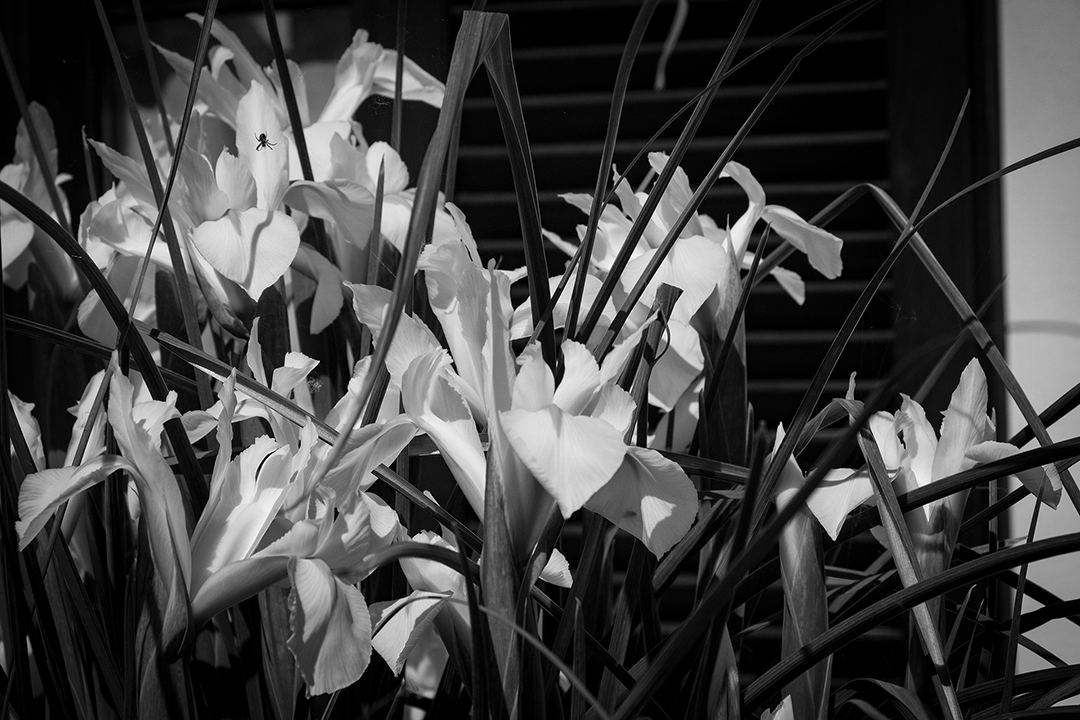 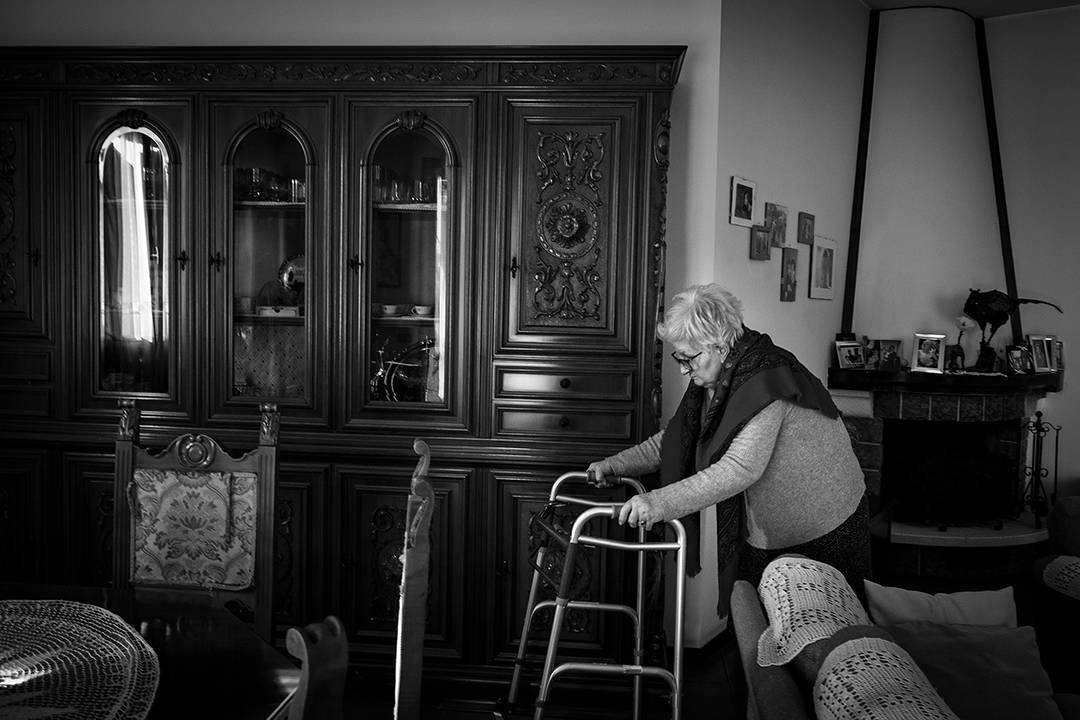 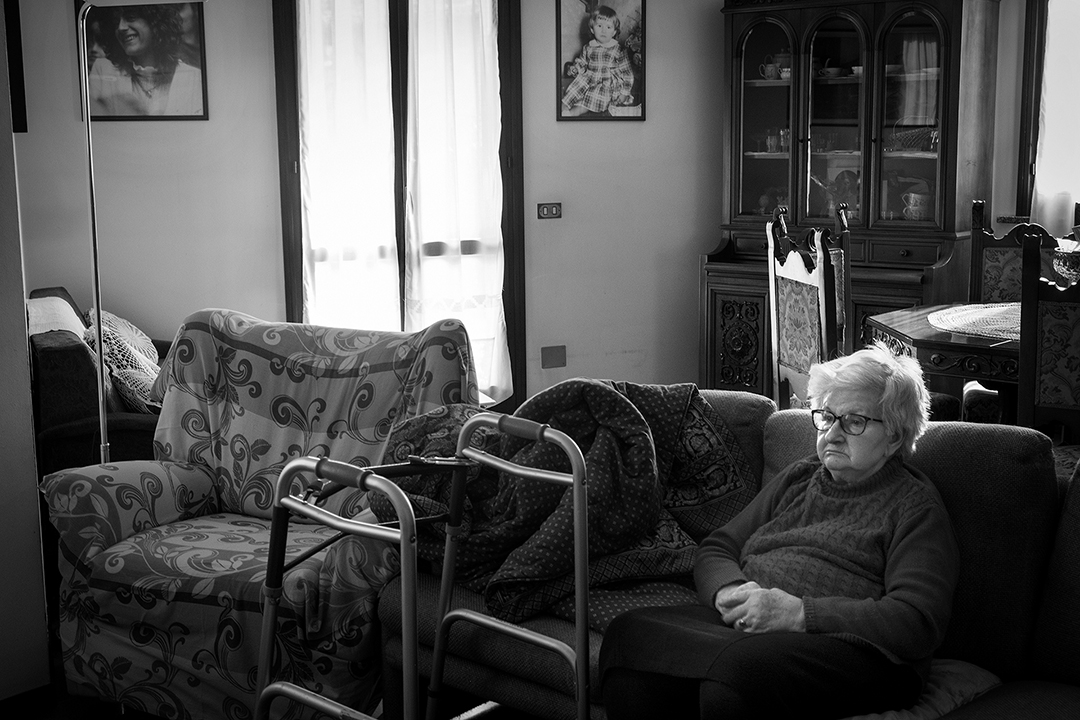 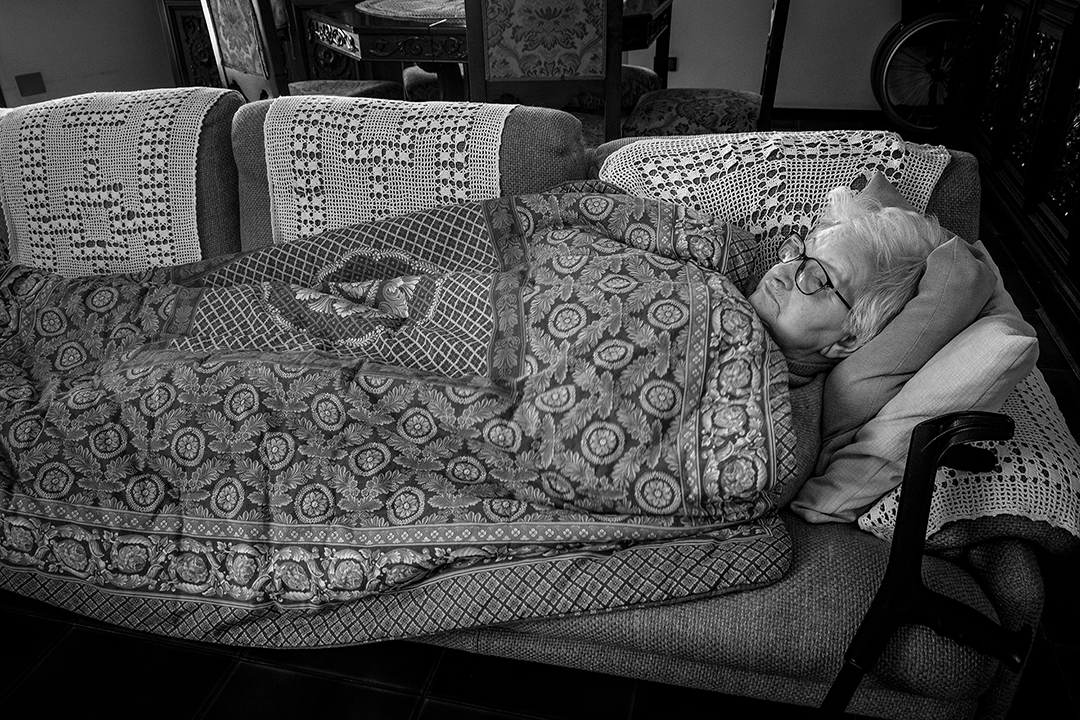 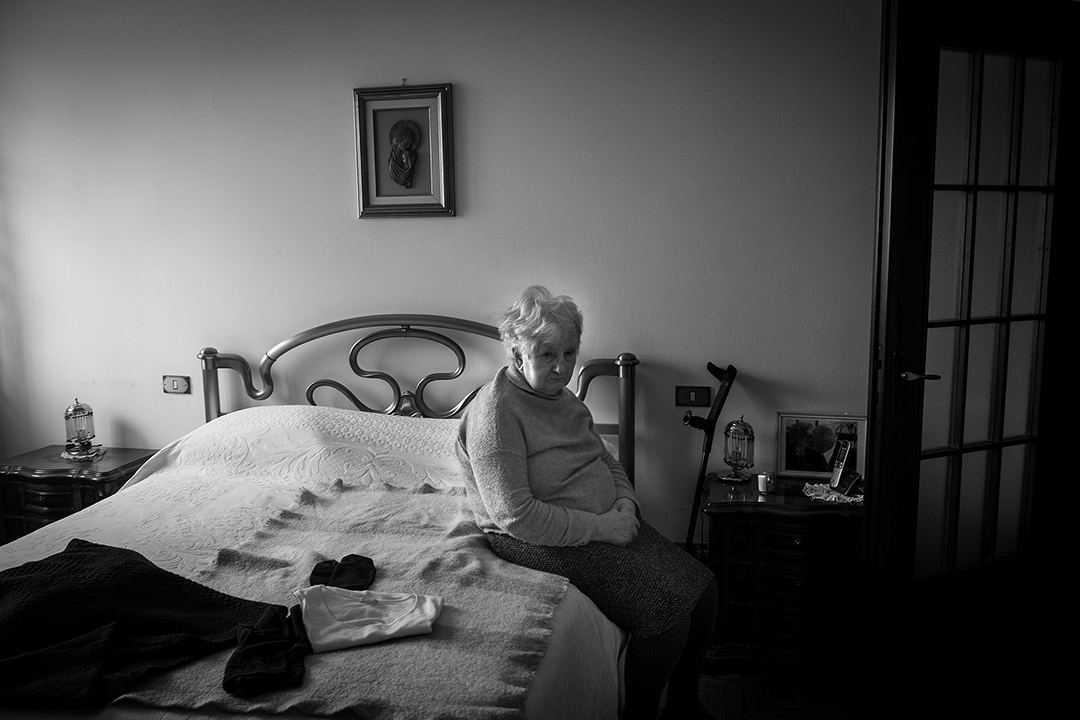 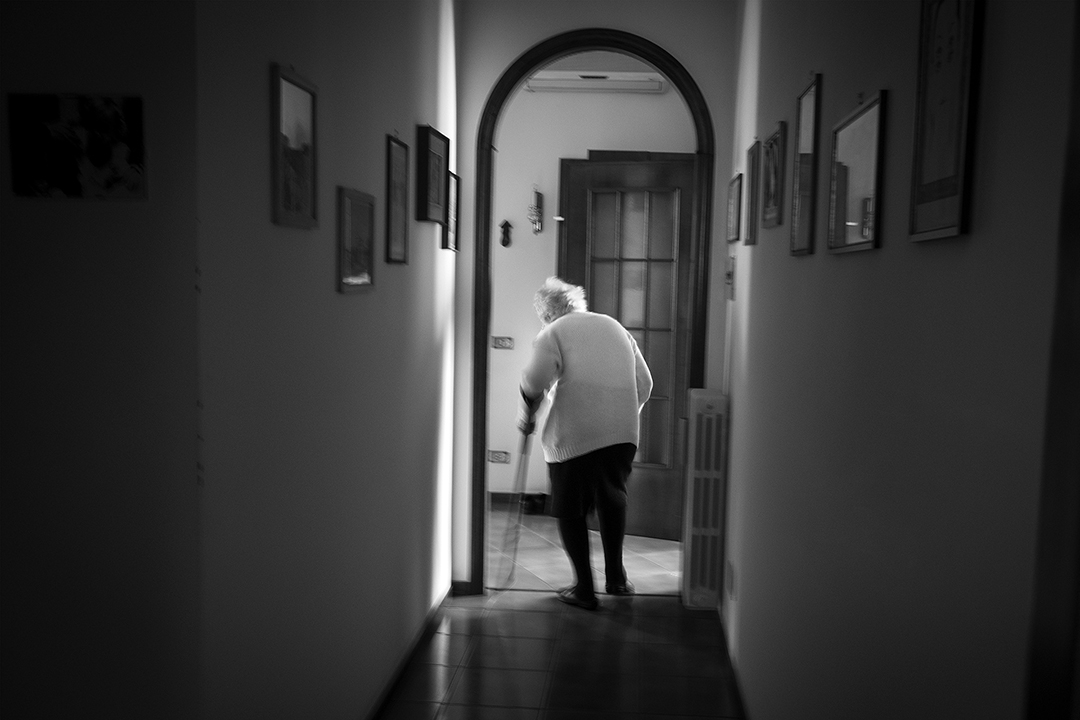 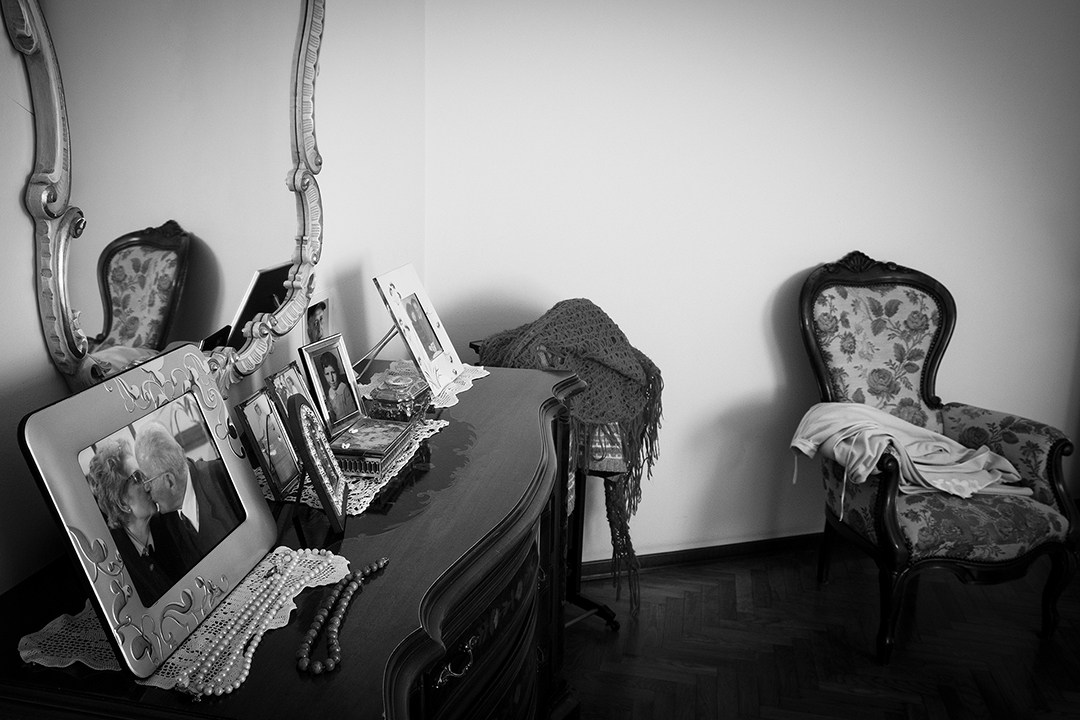 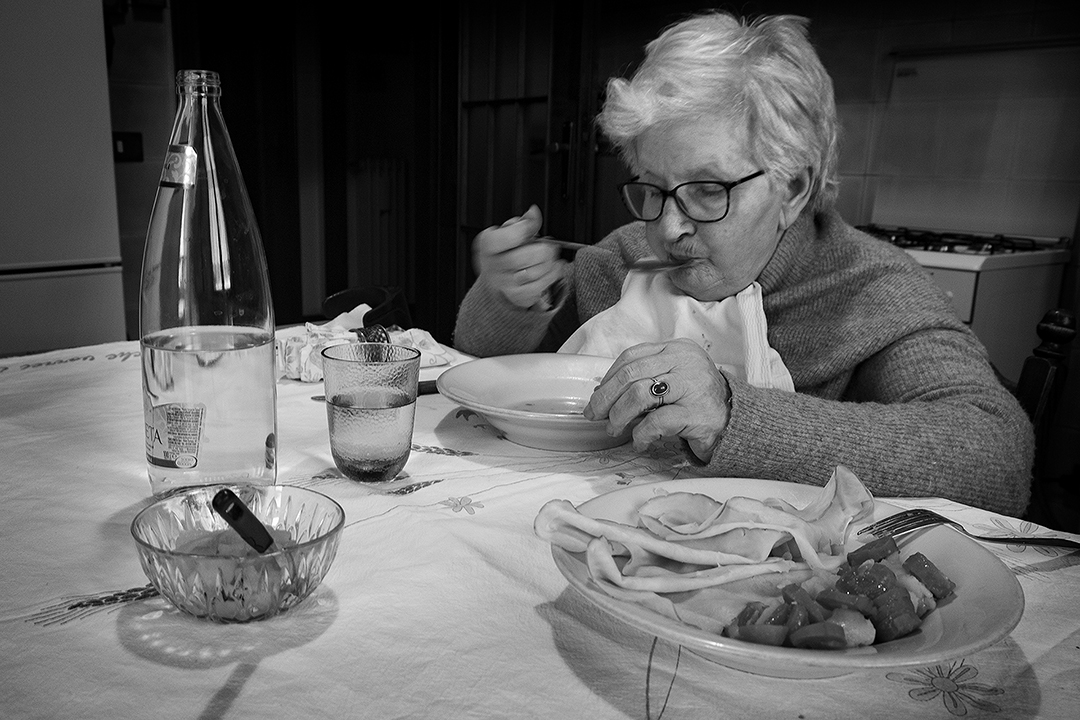 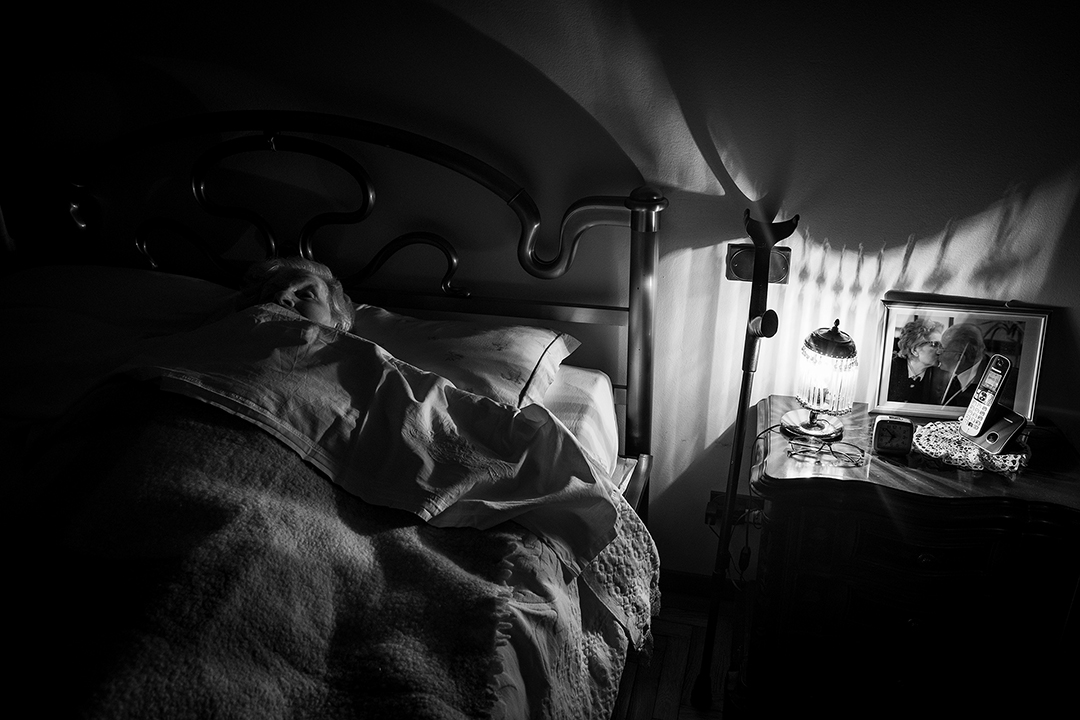 The word Eden evokes the image of the earthly paradise, a place of harmony, of of happiness, of beauty.  It is the place at the origin of mankind where there was no suffering, no sickness, no effort to earn food. That perfect place where man lived immersed in nature. In this word, in its power, is contained the sense of guilt for having lost it and the illusion that there is a place where to return, where to find refuge. The place of lost happiness. This paradise called Earth, in fifty years could be our new regret, the desert in which we will be confined, and not for disobedience or desire for knowledge, but for greed, stupidity and arrogance.

Eden was made with a handmade wooden pinhole camera, with 545 Polaroid chassis and 79 Polaroid color film.