Margherita was born in Milan in 1980. In 2004, after graduating in
Arabic language, she began a career in international cooperation and development, which led her to live and travel in Middle East and Africa: at this point she also started her commitment on photography on a more professional level, collaborating with magazines and information web sites.
Trained at Fondazione Forma and NABA, she specialized in reportage (Italian Institute of Photography) and participatory photography (Photovoice). In 2013 she contributed to the creation of a photography project inspired by social businesses – Il Maestro e Margherita – Ethical and Sustainable Photography. She works both on commercial and social photography, developing reportage and participatory photography projects, with a particular focus on migration.Since 2017 she is the Global Program Manager at Lensational,
a global social enterprise using photography for women empowerment in
the most vulnerable communities in Asia, Africa and the Middle East.

I was in Argentina when in 2016, 40 years after the dictatorship that killed 30,000 victims, the Macri government announced that the number of disappeared people did not reach 7,000: an attempt to erase the memory, bringing the victims back to the invisibility from which they had emerged thanks to Mothers and Grandmothers of the Plaza de Mayo.
His attack is not limited to past history but also affects today’s political commitment. Activists, such as Milagro Sala and Santiago Maldonado, new disappeared, new invisible, are jailed or killed.
These photos tell the story of the disappeared of yesterday and today – their faces in the images in the demonstration, their names on tombs and monuments – and the civil society struggling to keep them from being forgotten. 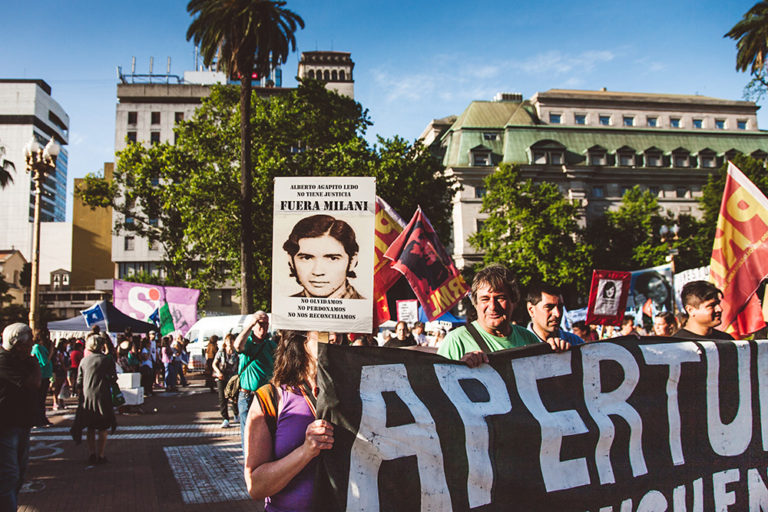 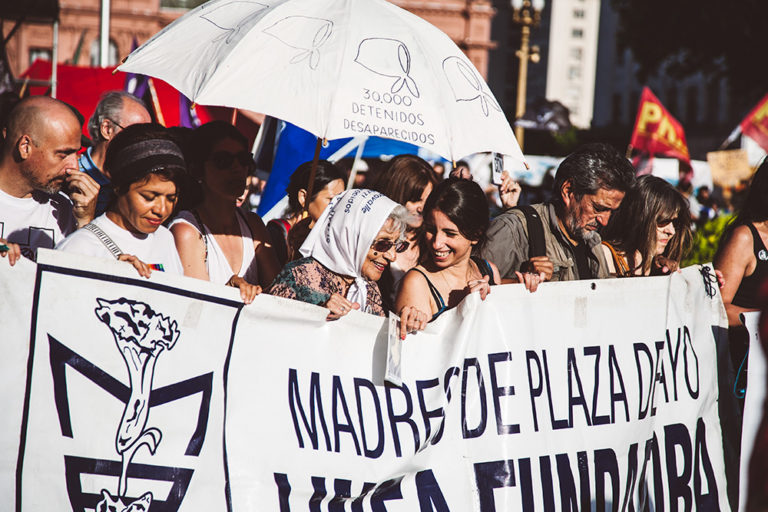 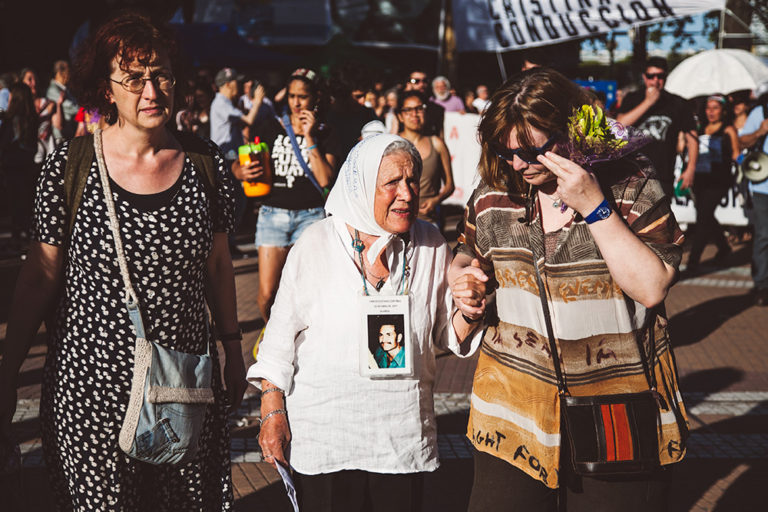 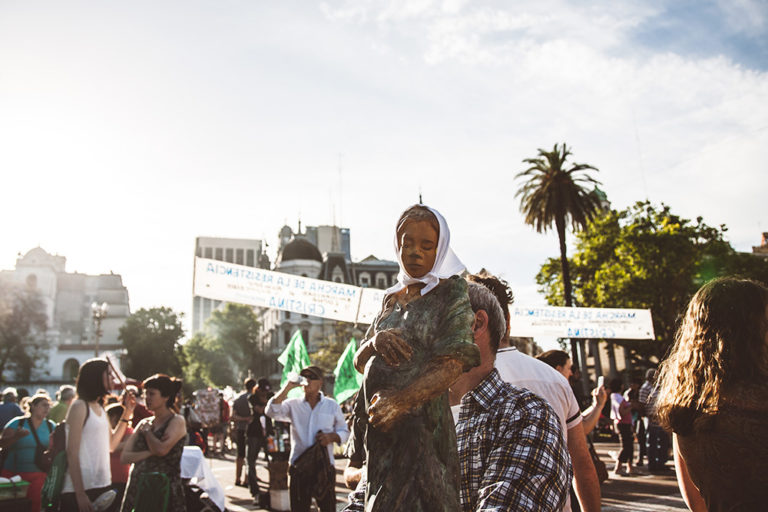 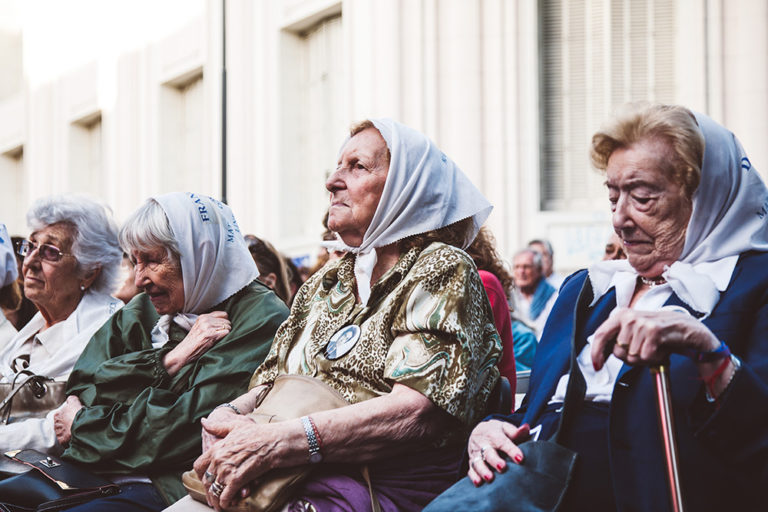 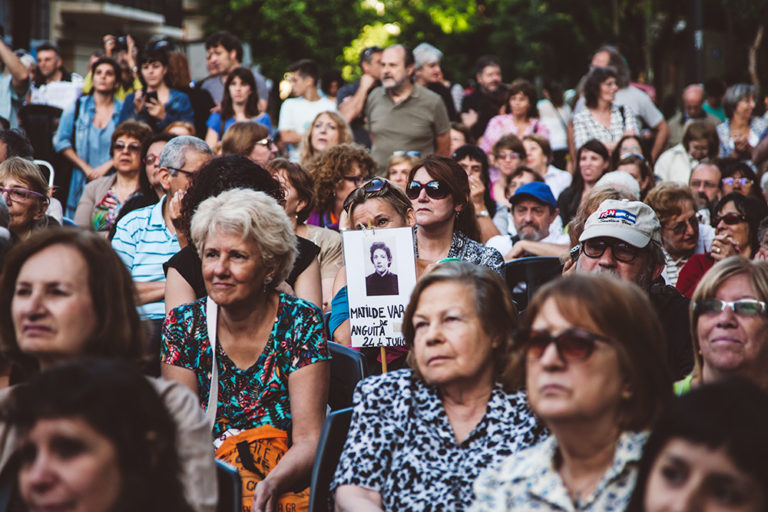 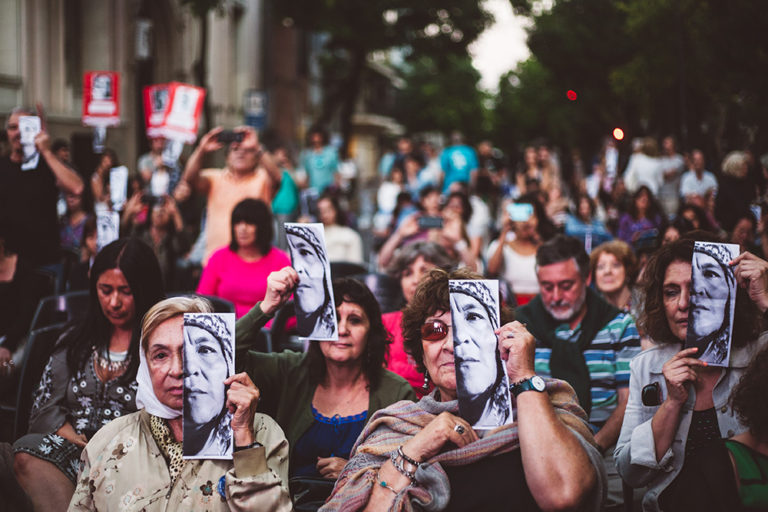 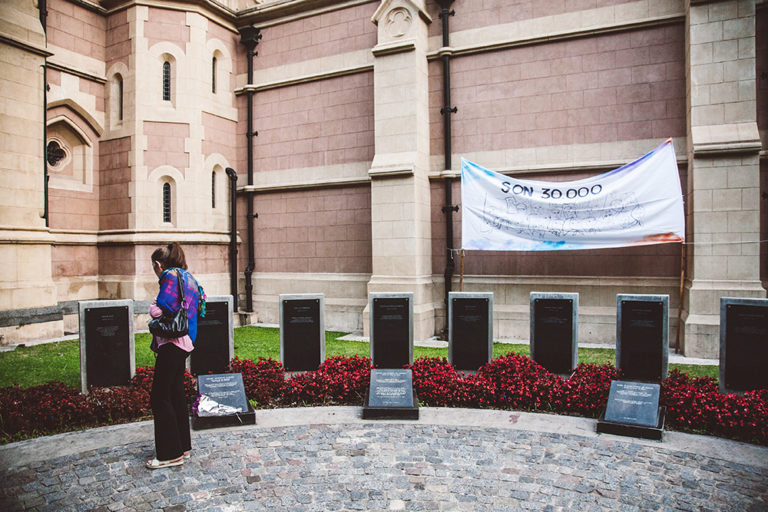 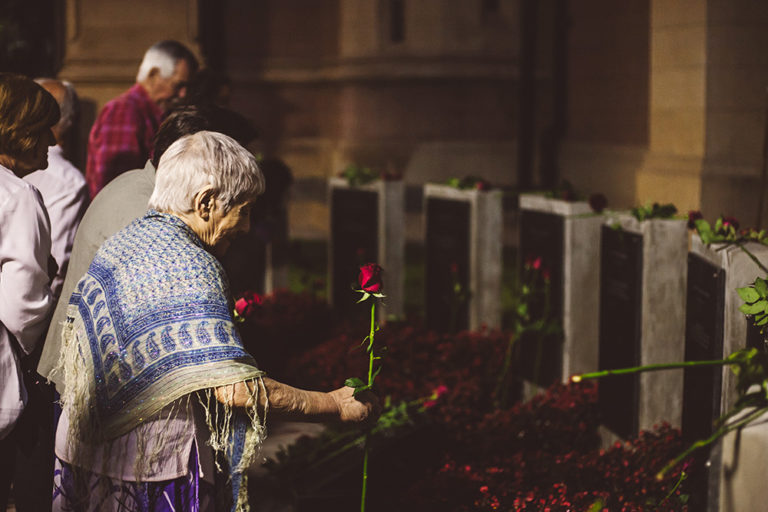 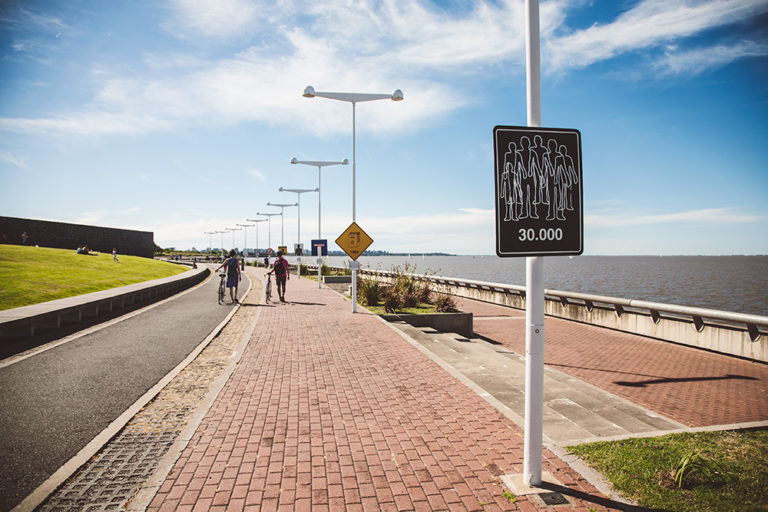 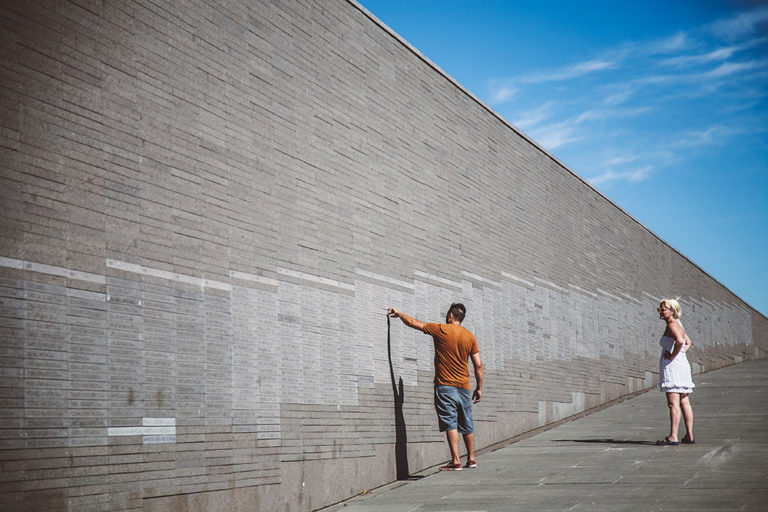 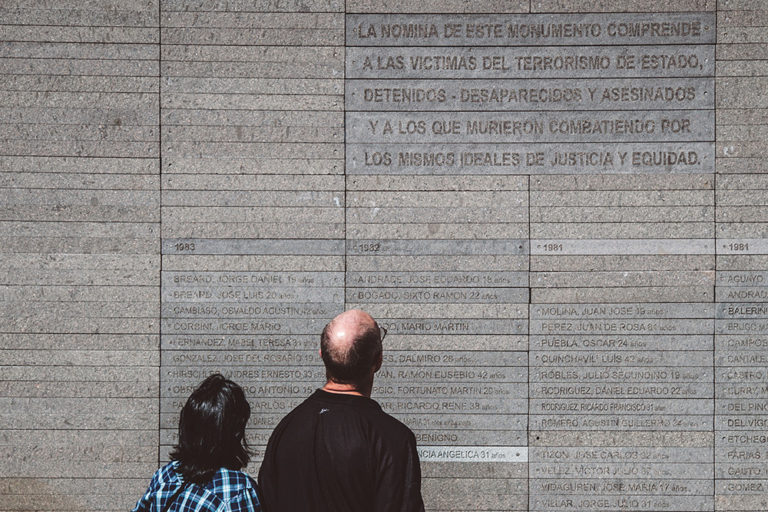 In recent decades, the idea of the existence of a link between climate change and conflicts has been consolidated. This link has also been applied to the Syrian case: this is the thesis supported by Marwa Daoudy in his book “The origin of the Syrian Conflict: climate change and human security” (Cambridge University Press, March 2020). According to this logic, climate change would be at the origin of the drought that hit Syria hard between 2006 and 2010, in particular the eastern part of the country: the drought would have caused the failure of the agricultural sector, bringing poverty and discontent, culminating in the revolt.
Agriculture (in particular wheat and cotton), together with livestock, have always been the main livelihood activities in the eastern region of Syria (Hassakeh, Qamishleh, Ras el-‘Ain); this border area was in the past extremely rich and fertile, with a great abundance of water resources such as numerous springs and the great Kabur River, a tributary of the Euphrates.
When I visited this region, in November 2007, the situation had already deteriorated greatly from an environmental and economic point of view.
The eastern part of Syria, mainly inhabited by Kurdish communities – always discriminated against by the government – has been heavily exploited for agricultural production over the decades and then abandoned to itself when the destructive results of this exploitation have made its lands unproductive. Speaking with farmers in the area, in 2007 there was widespread discontent over the lack of attention from the government for the problems that had been affecting the population of this region for years.
Due to the failure of the agricultural sector (in some areas production has decreased by 80%) many people have been forced to emigrate, mainly to the United States and Australia. 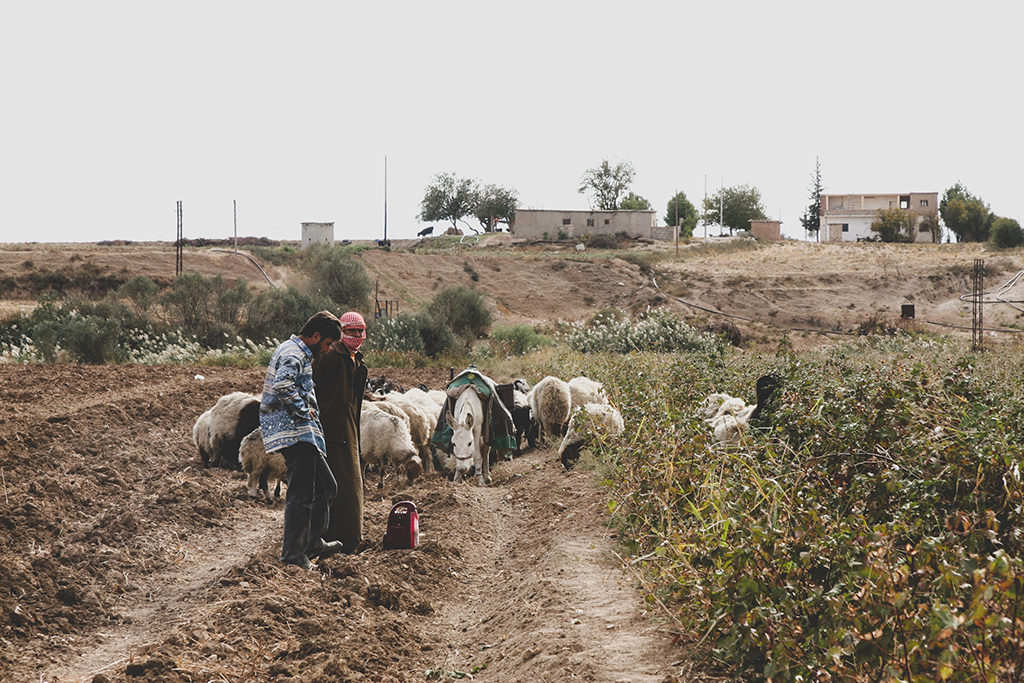 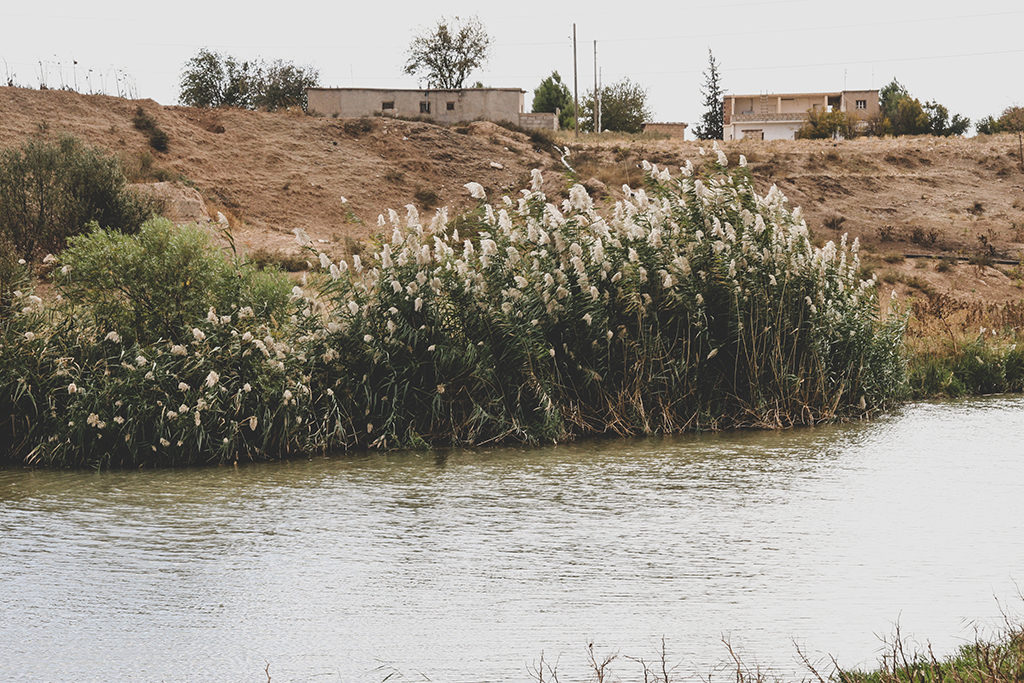 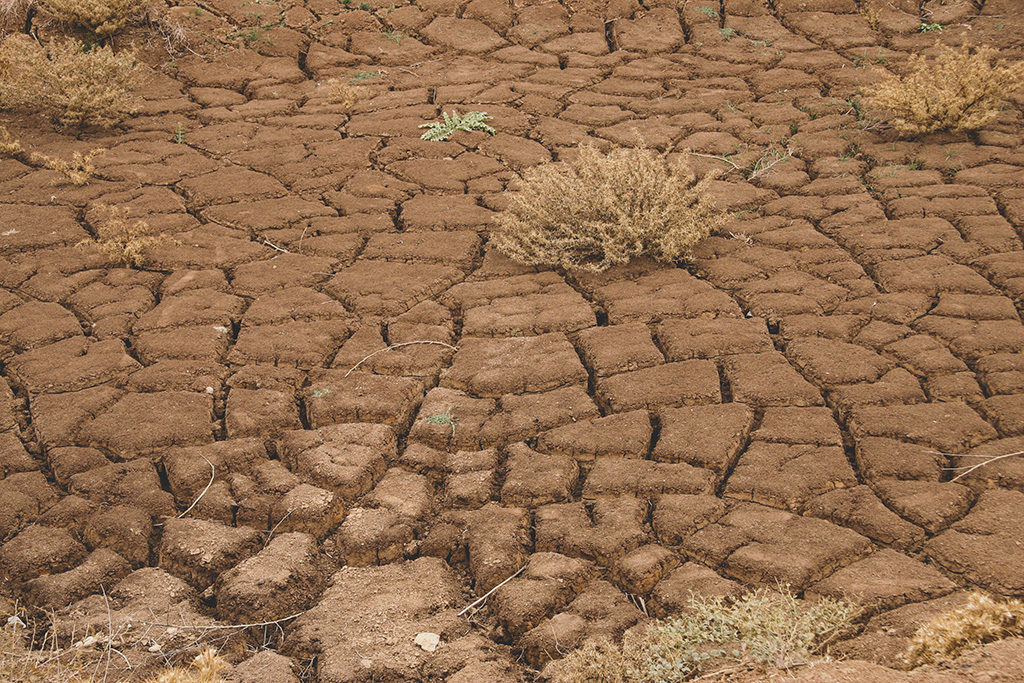 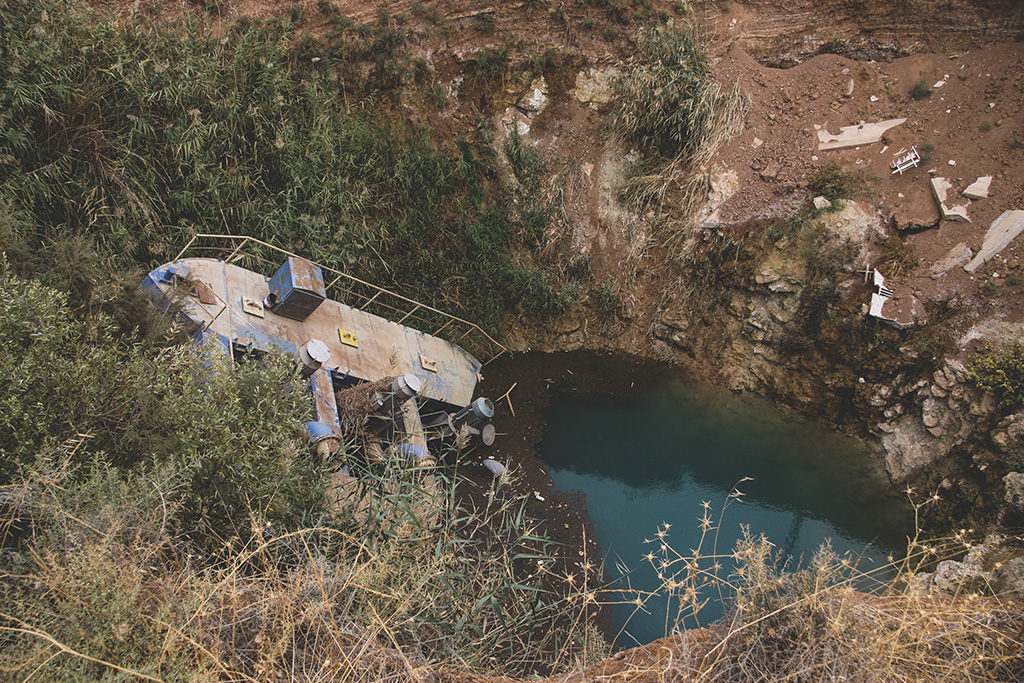 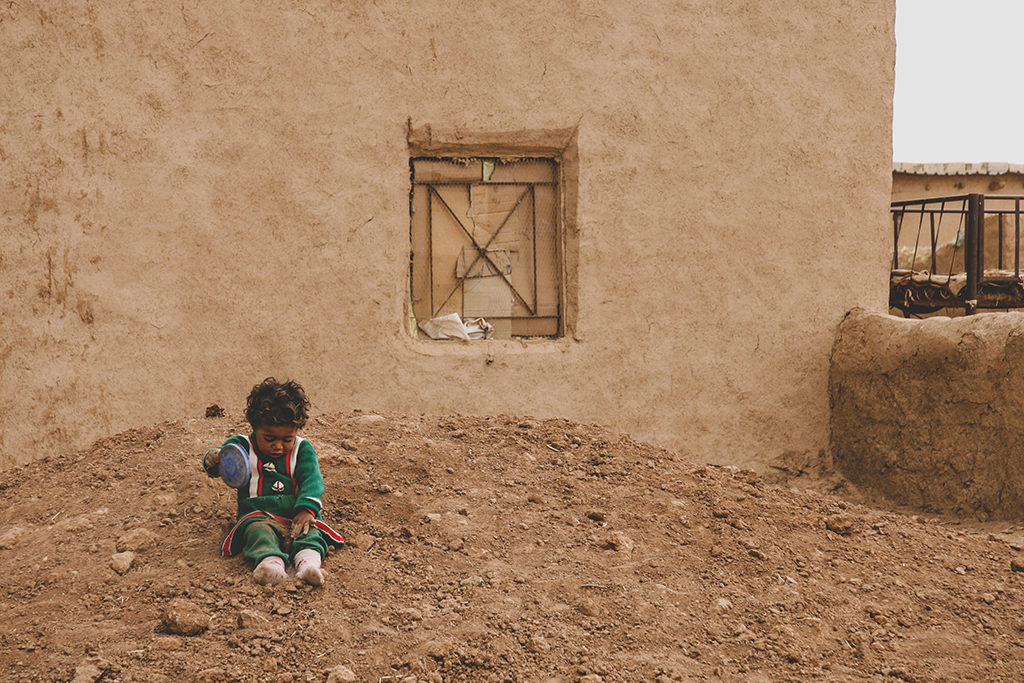 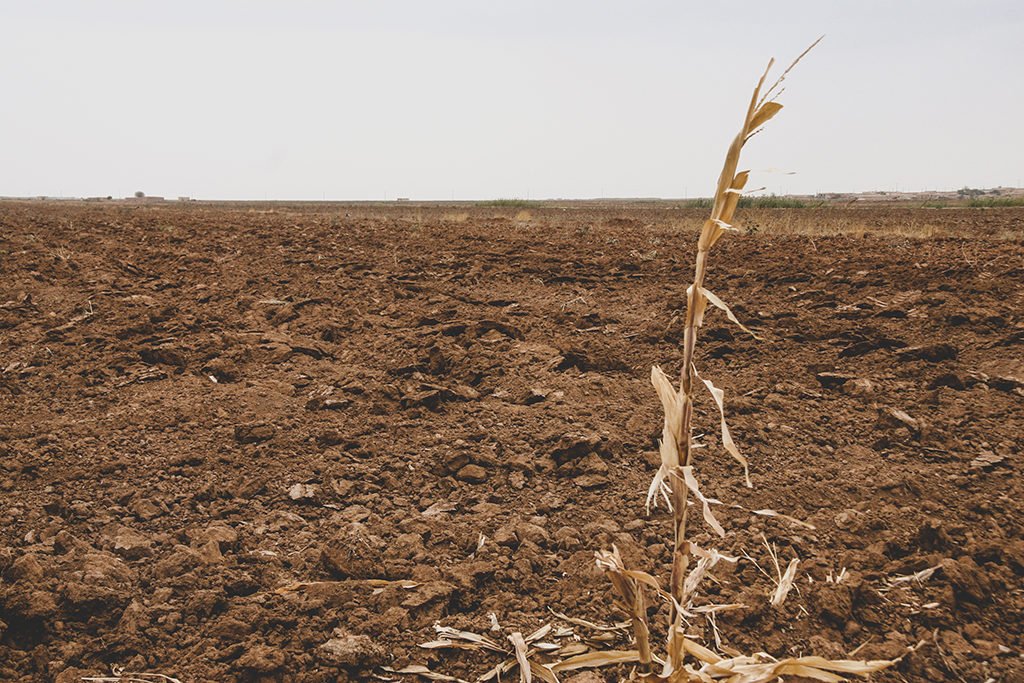 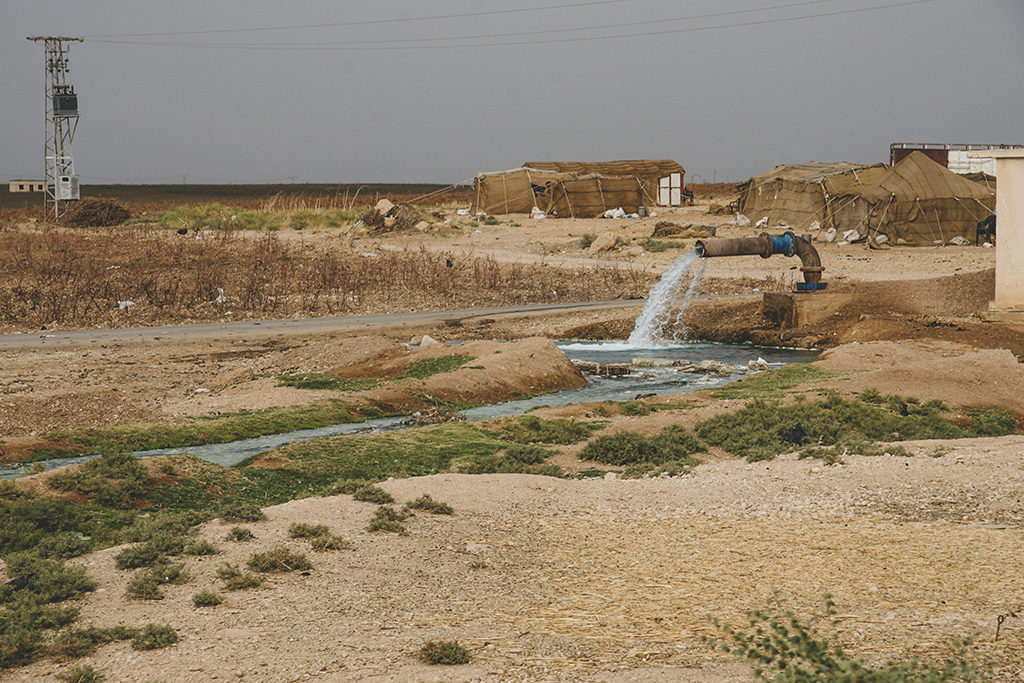 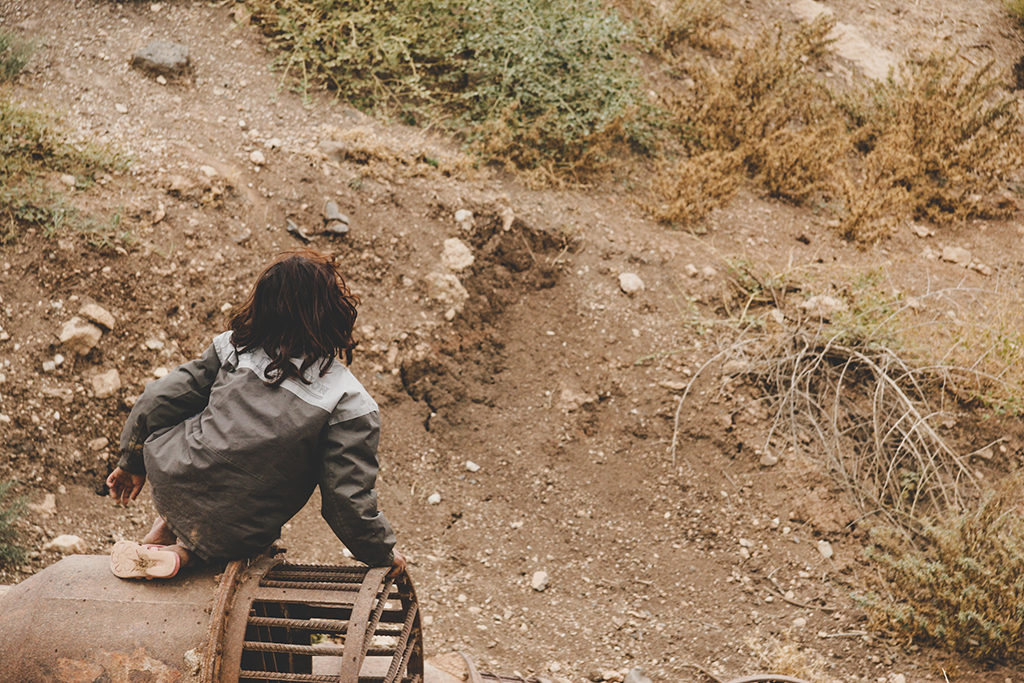 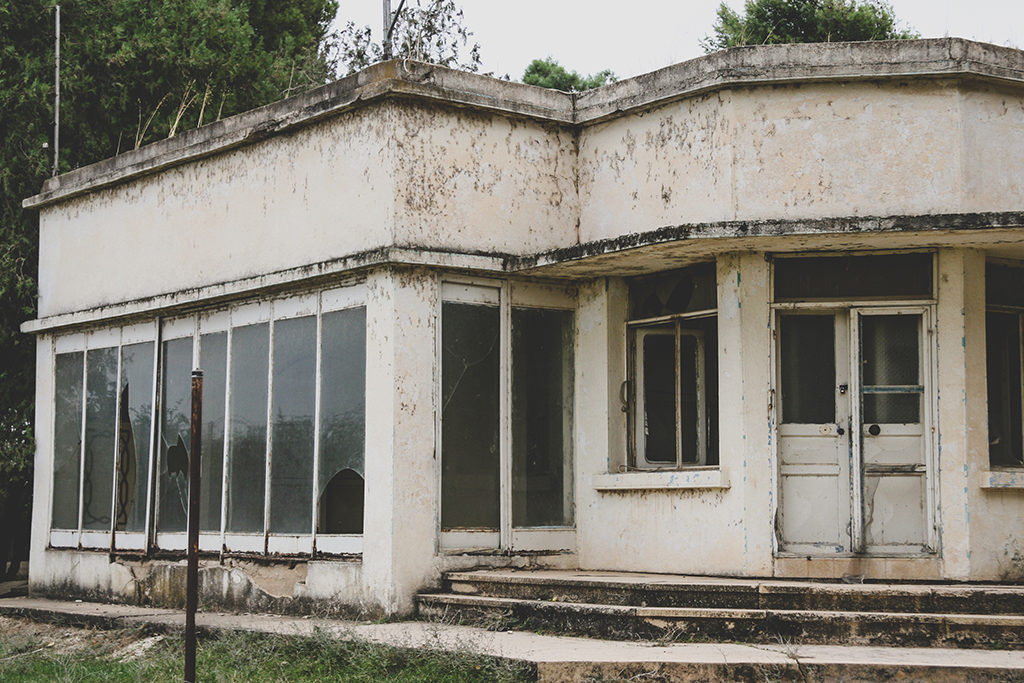 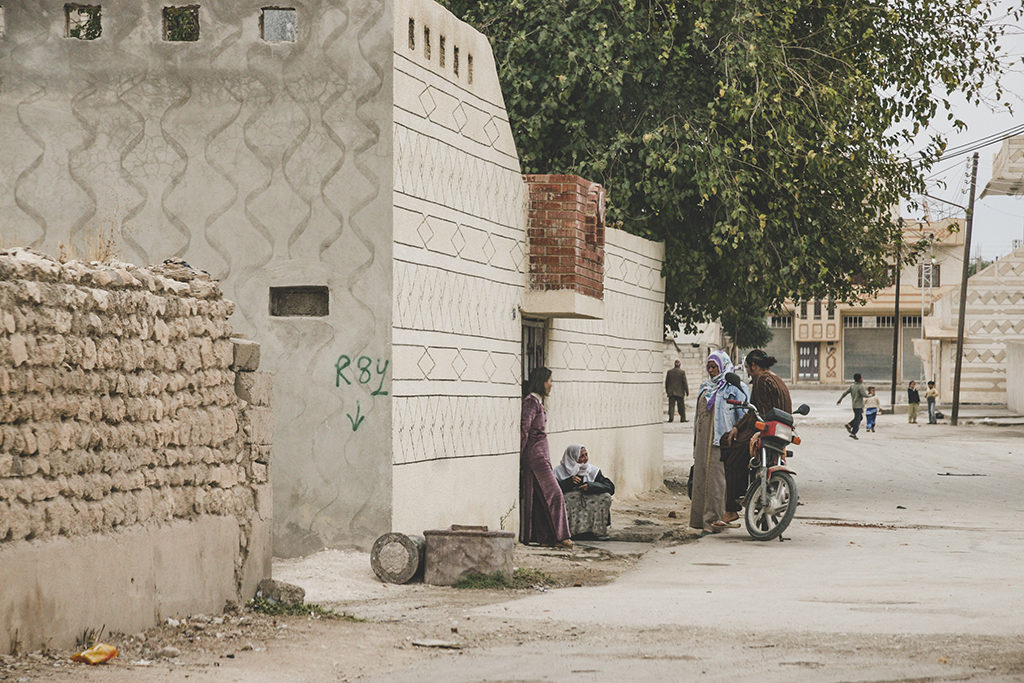 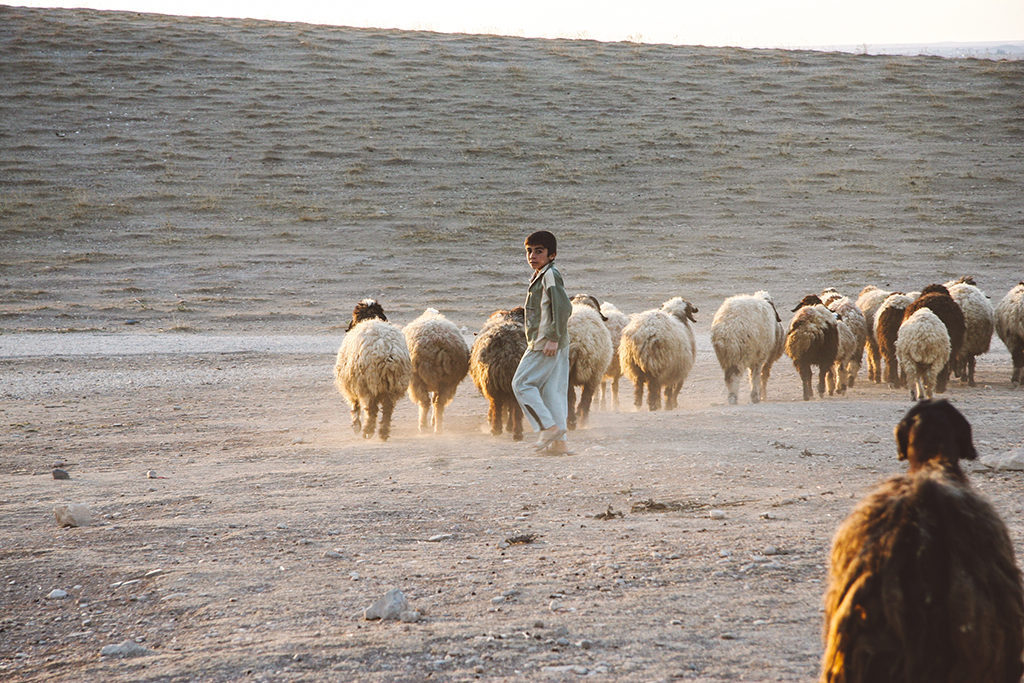